To begin this bathroom wasnt going to be a project in how to start from ground up sort of sytle, but more an update on whats already there. On day one during the removal of the tiling we found three separate layers of existing tile, meaning there was a good reason why there are so many layers of tiling.

Under the tiling we found that the existing lime plaster was already coming away from the wall and this was fundamentally the reason why the previous occupants had decided to tile over the existing tile. At this point the customer agreed it was best practice to remove what was there restart the wall coverings from the wall studs.

On further investigation we found another 200mm available to us above the ceiling height, if recovered this would bring the bathroom ceiling line back in line with the rest of the house and so was decided to remove the existing cracked ceiling at this point as well.  With a new floor, new walls and new ceiling this was going to be a complete overhaul.

Toilet and basin were sourced from Burlington with the bath and screen being sourced from Applebee. Brassware was selected from Hudson Reed with a shower pump from the Stuart Turner Monsoon range.

Flooring was manufactured by quickstep with a colour matched seal from obtained from Howdens.

Customer supplied us for fitting the bathroom accessories from Miller. 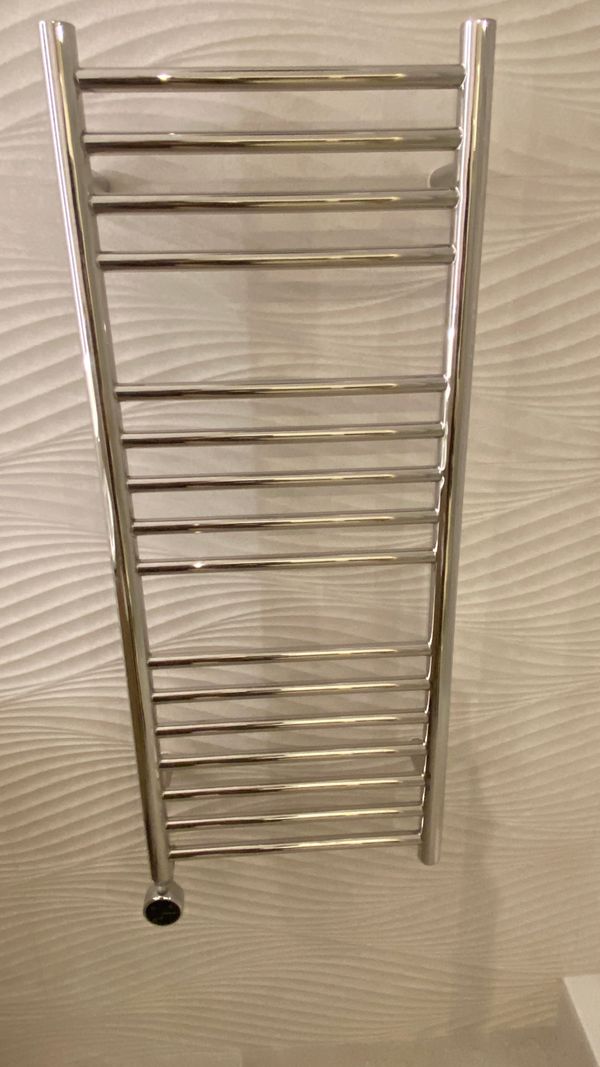 From time to time I get asked to complete works that result from a potential customer falling out with their current installer/builder. In this event, I listen to why the customer reached a point and then see what needs to be completed to finish the project. Payment is talked 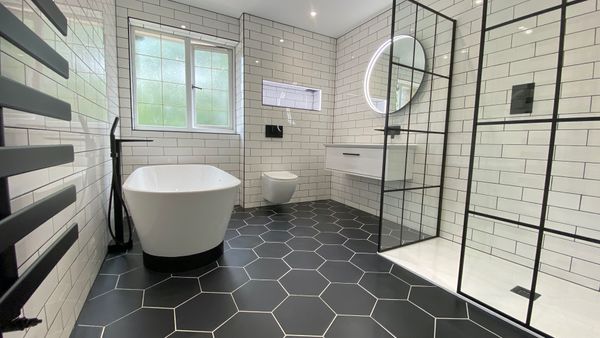 The customer came up with a cracking design of Mono-White and Black Theme with rectangular and hexagon tiling. Sanitaryware mostly came from Better Bathrooms and was of good quality. 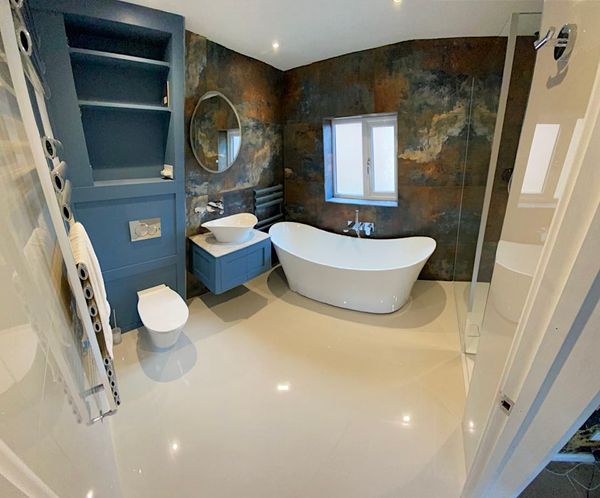 I'm asked time and again "where do we start" and my answers always the same, Colour. With a colour, theme or look you can choose the feel of finish of your bathroom to be. With colour comes vision and thats what we will need to see this through. With colour